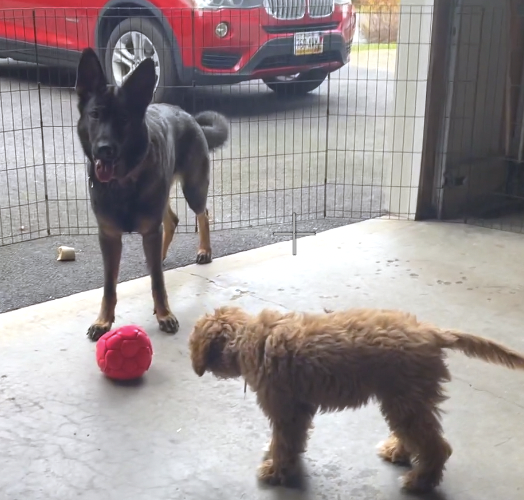 Help! My puppy has a rude play style! A client recently reached out with concerns about her five month old pups “over the top” play style. Petunia rushes up to dogs, uninvited, making fast physical contact while standing on her hind legs biting at their faces. Petunia becomes quite activated and persistent in her play …

How can we help Petunia? Read More » 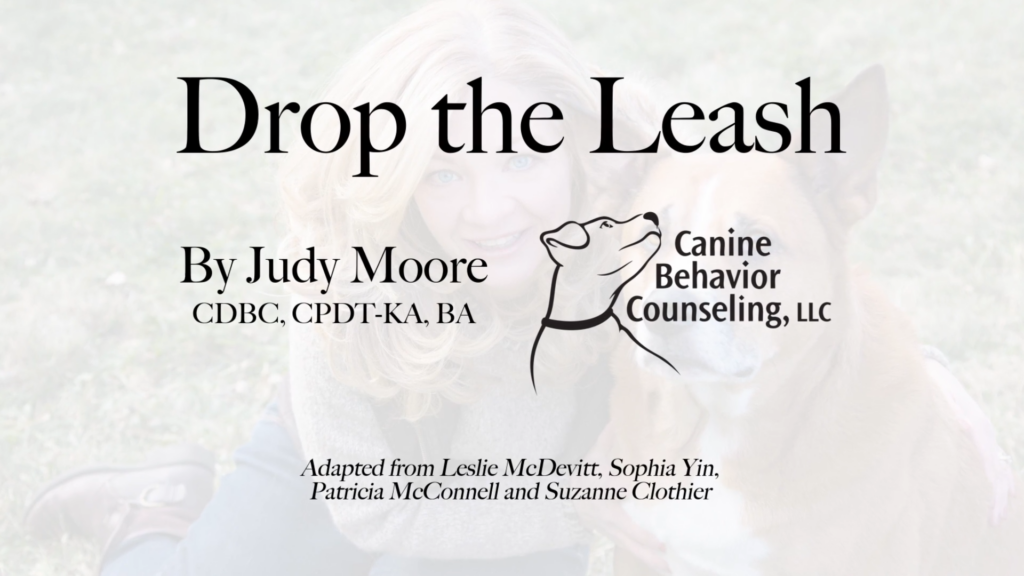 Certified Dog Trainer, Dog Training, Leash Training, Positive Reinforcement, Puppy, adoption, dog training, puppy training September 2007, Chester, my 8 week old foster pup.Can you feel the connection in this photo? I fostered Chester with his three brothers (one was Pablo) for the ARLGP. This photo was taken the day before I let Chester go … 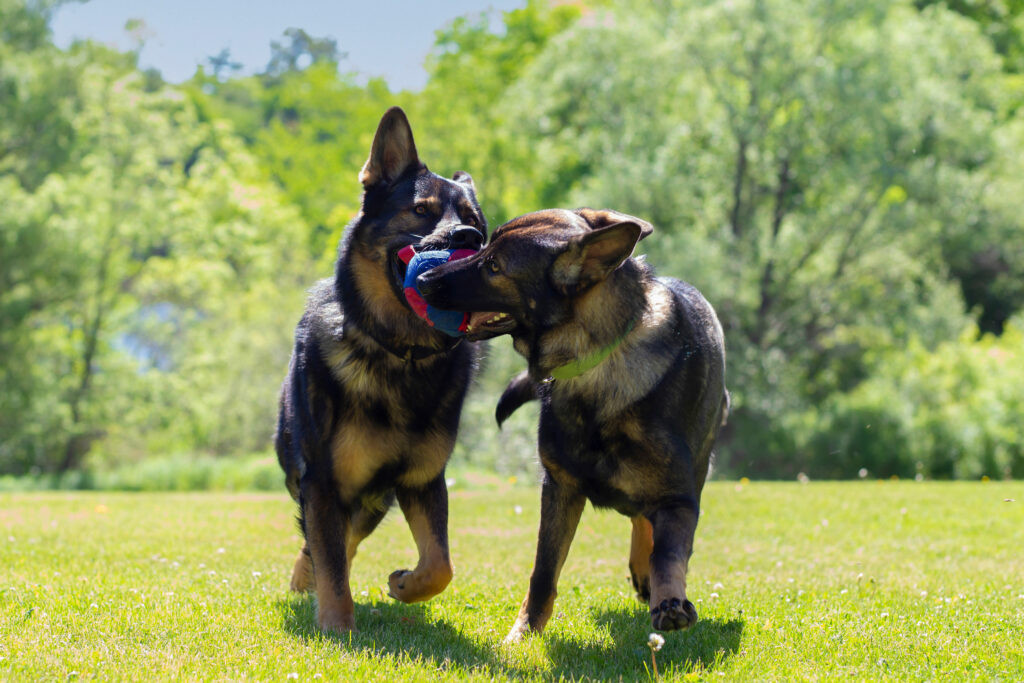 Do dogs know if you are fair? Read More » 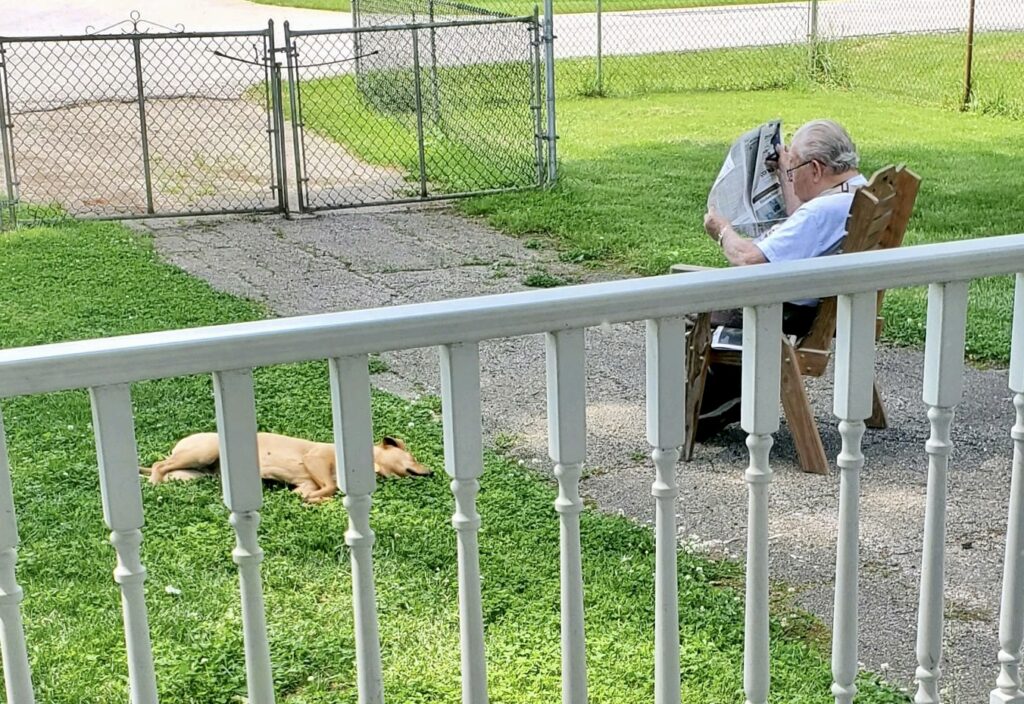 A Memorial Weekend to remember – Meet Daisy! My dad turned 90 years old and invited nearly 100 friends and family members to celebrate with him in May 2022. He asked for a companion dog from his children. You see, he lost his Oscar of 12 years just 3 weeks before. Dad is fortunate to … 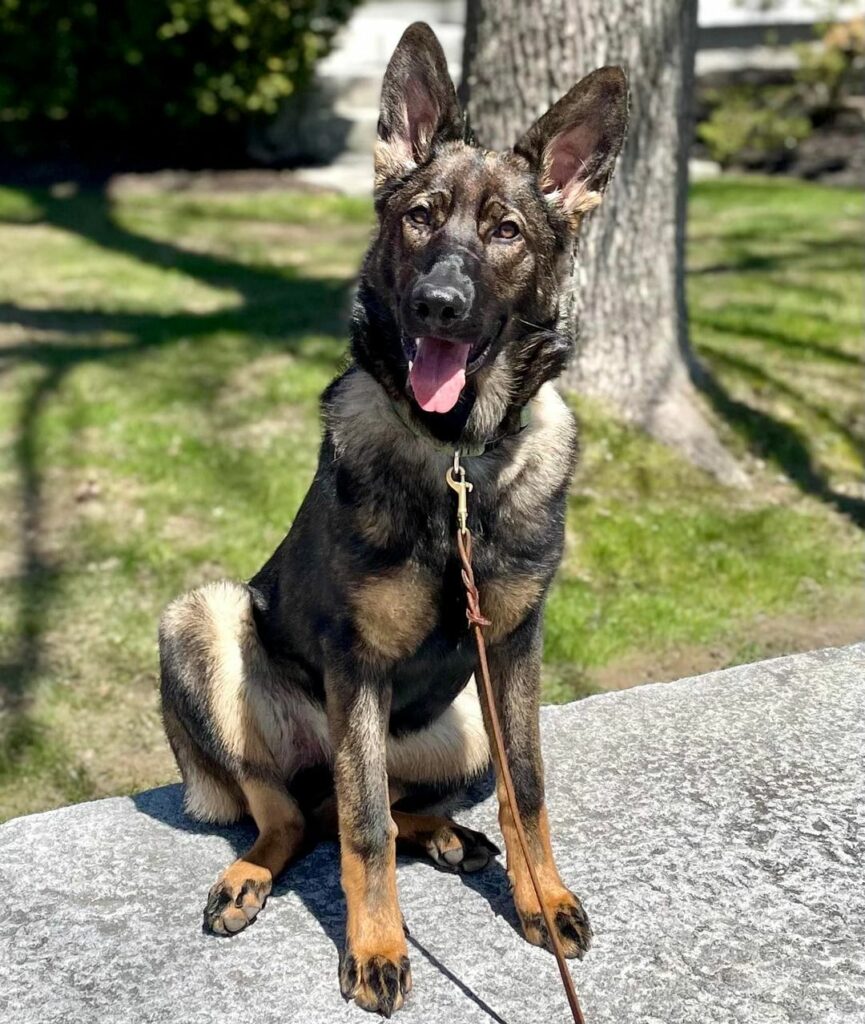 Jade shows a relaxed, confident expression in this photo. This is Jade moments after she recovered from an emotional barky greeting with a scary dress! As Jade and I were sitting on this bench, I noticed Jade close her mouth, narrow her eyes somewhat, and track a women across the road. The young woman had … 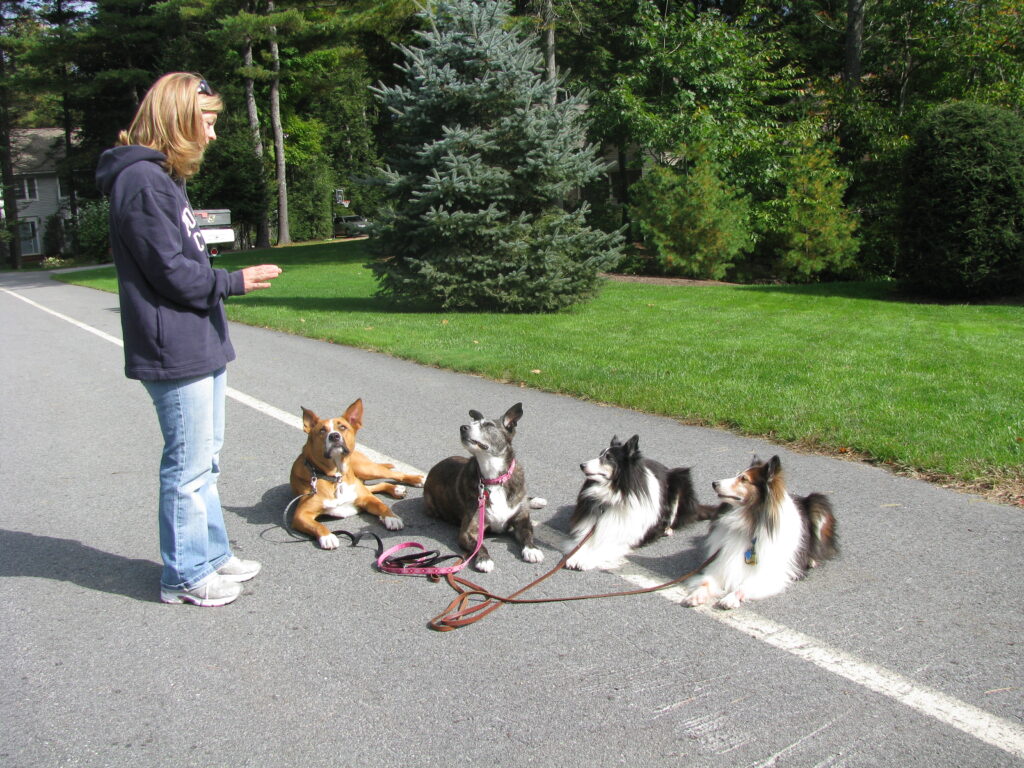 Modern trainers use clickers to train their dogs because it aids in the animals understanding of what is rewardable. The animal quickly learns that when it offers the behavior again, it will be rewarded. This positive reinforcement approach will often cause an immediate “wow” moment for both handler and animal.

The clicker is a small hand-held gadget that emits a sound when you press it.  The sound the clicker makes is a signal to your dog that the behavior it just offered is rewardable.  This “click” is always followed by a food reward. Think: Click and Treat!  Note, the clicker is NOT for getting attention. 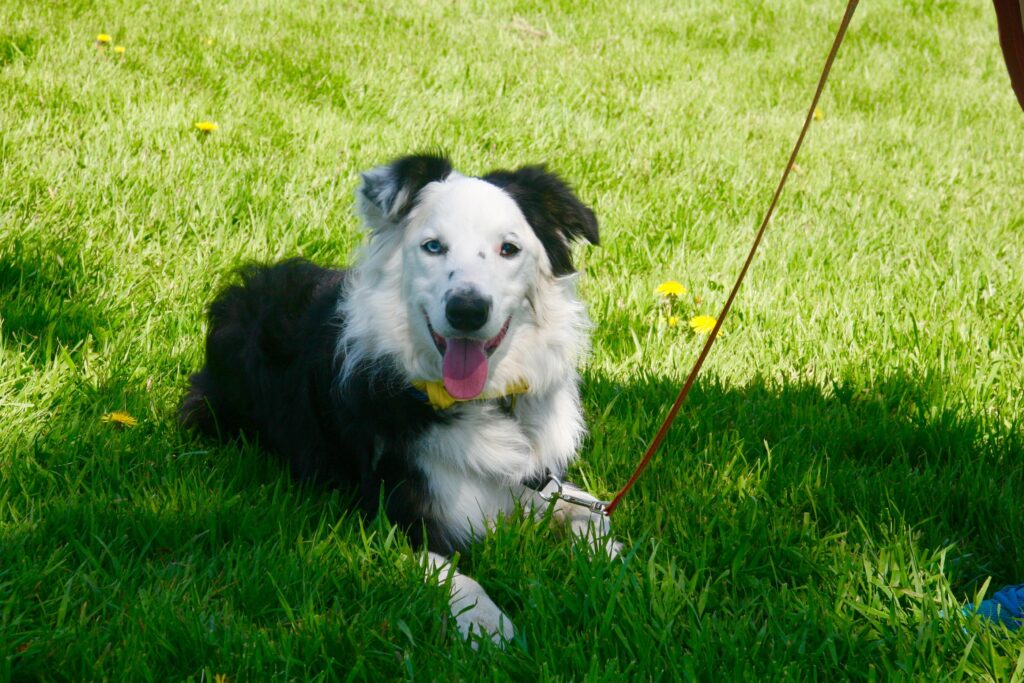 The only way to control car aggression 100% is to never take your dog in the car. For many, that is unthinkable as we enjoy having our dogs with us. So if your dog reacts in the car, first, teach your dog to relax in your home and other environments including your car with no distractions. Again, this is hugely helpful for the dog with poor impulse control. 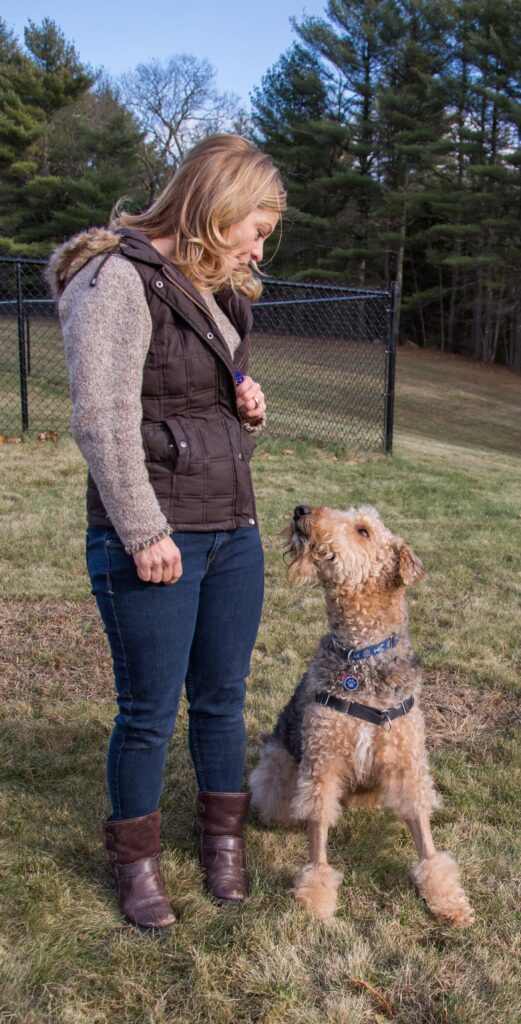 Online positive reinforcement dog training video to be watched anywhere, anytime. You will see real dogs with real problems become relaxed and focused while using all positive training techniques. Perfect for families with a new puppy, rescue dog, reactive dog or those fostering a dog who needs some skills to be adopted.
Judy gives you tools so you can Drop The Leash and still keep your dogs focus on you with many distractions nearby. Normally a 6-week course, Judy condensed the information into one video so you can learn at your own pace, anywhere you want! 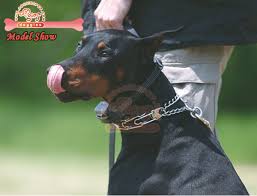 Unfortunately a popular reality TV show has captured people’s attention and is talking about dogs as pack animals and again perpetuating the idea of using “calm-assertive energy” (read: fear and intimidation) to resolve issues with problem dogs. Like most “reality” TV shows

It was in the September of 2000 that the first version of this article appeared in Paw Prints, the Green Acres Kennel Shop newsletter. I have updated the article ten years later because sadly there are still too many people, some of them animal professionals, and some who try to play the part on TV, promulgating the dominance myth. 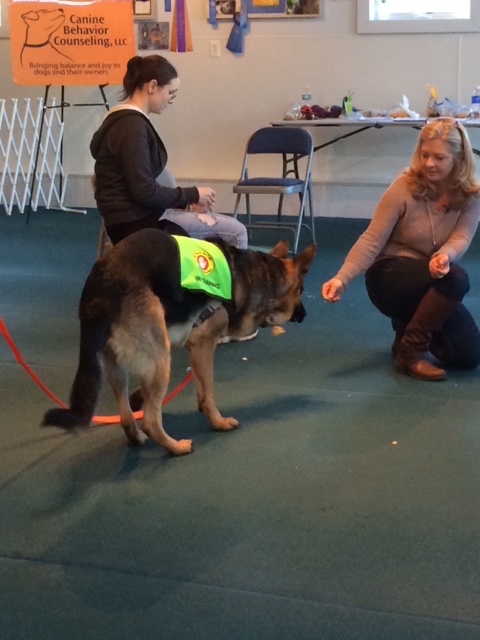 This is the fifth of a five part segment, to help dog owners with insecure dogs that act aggressively to strangers. A practical guide to helping owners with dogs who rush and bark at people through windows, fences, at the front door and on leash.