5 Body Postures: A Dog is Asking For Space 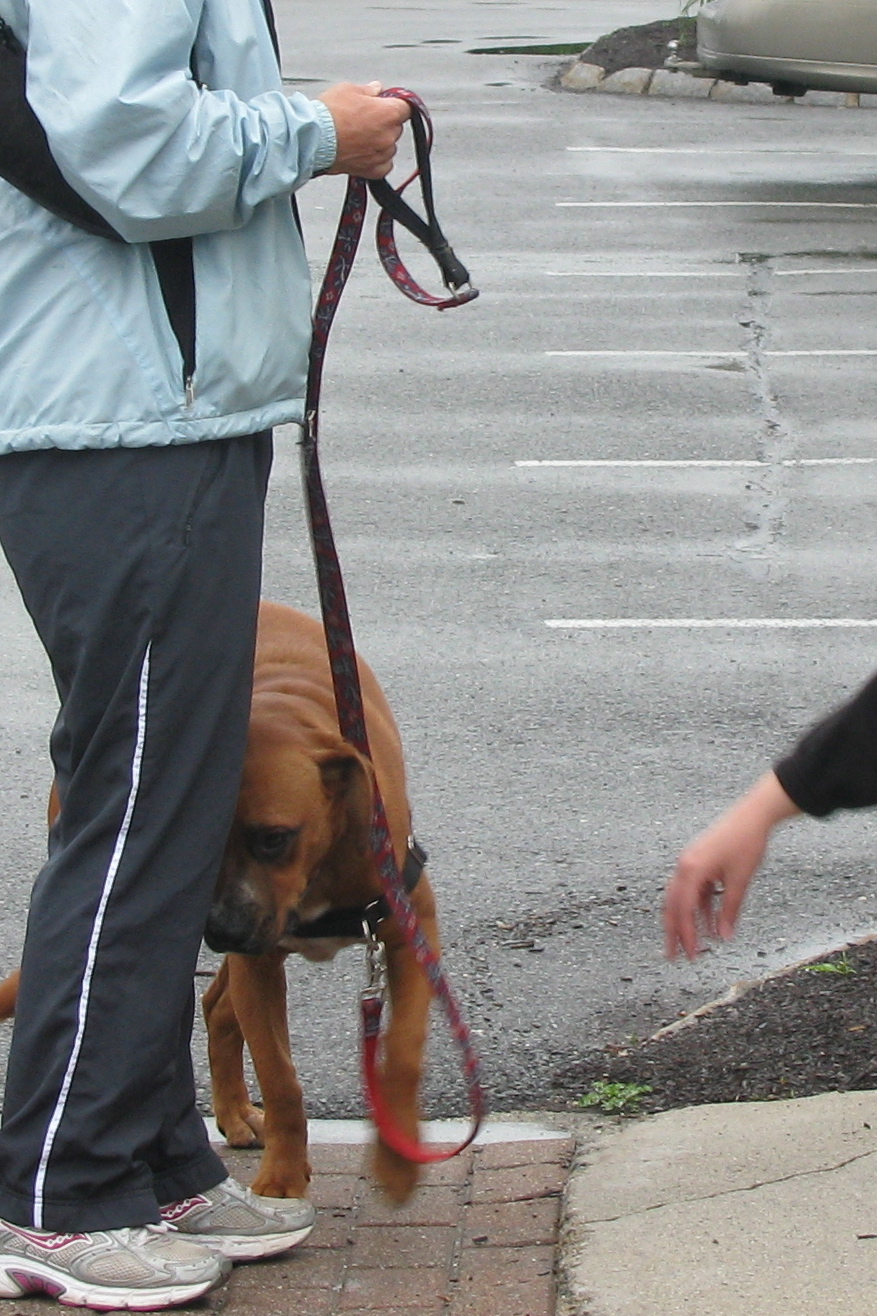 If humans better understood dogs body language then we would have less dogs resorting to a bite when they feel stressed or threatened.  We see several cues that this scared boy does not want to be touched.  Signals that are asking for distance are often very subtle.

Level 1 distance Cues:
1. Dogs body is leaning away from the approaching hand.
2. Dogs paw is raised in a submissive manner.
3. Head is moving away asking for increased distance.
4. Eyes are avoiding the stranger
5. Mouth is closed, rather than open and relaxed.

Dogs often ask for distance in the only way they know how, but if the scary hand keeps coming, your dog may resort to a level 2 distance cue like a Growl, lip curl or show of teeth with a rigid body.  I HOPE your dog growls rather than bites. Hence, do not punish the growl as it is an effective distance cue.  When the dog is punished for growling, but is still afraid of that hand coming as it predicts pain, he may bite to protect himself.
Have you heard of someone who was bitten by a dog in the face while they were attempting to pet him or rub his belly?  It is probable the dog used some distance cues before he resorted to a bite. Unfortunately, it is likely the human did not understand the signals and continued forward until the dog felt so threatened he did not have time to use a more moderate level one or level two response.

Dogs that are fearful or have been threatened by a previous human will be on guard and defensive.  Canine behaviors asking for distance are far better than an attack with a bite, so please do not punish them. Rather, simply remove the approaching stimuli. Can you teach a dog a level 1 distance cue like a look away? Absolutely, but it takes time and patience — and it is well worth the effort!